Parenting, Judaism, and Other Crazy Journeys 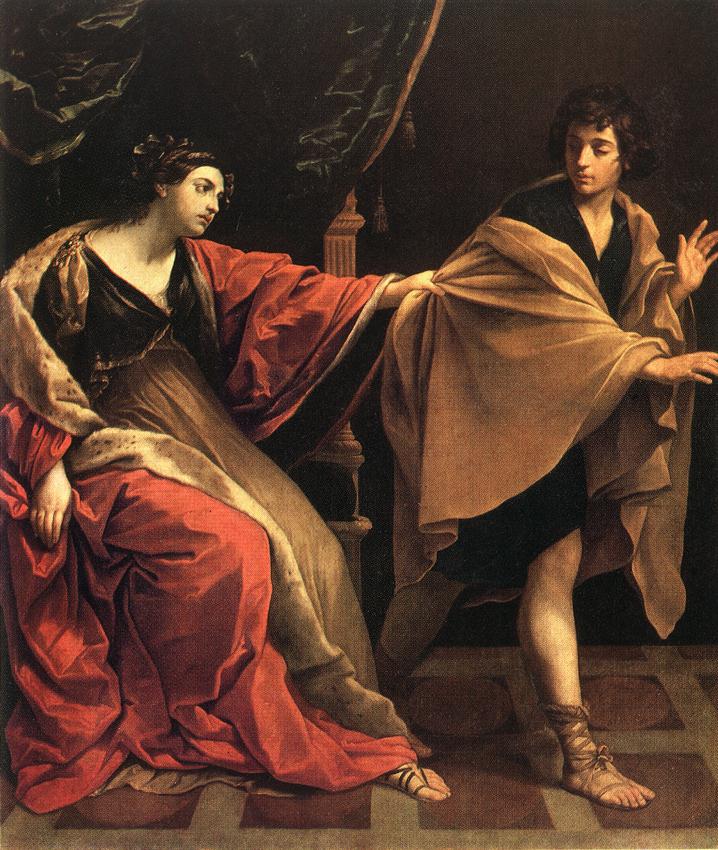 Remember that moment, in the very beginning of this week’s Torah Portion, when Jacob gifts a “kutonet pasim” (an ornamental robe) to his favorite son?

On the surface, this is a pretty normal instance of fatherly love. We all buy clothes for our children when they’re little, and many of us continue to do so after they grow up. Sure, in Jacob’s case more consideration for the other children’s feelings wouldn’t have gone amiss. But his choice of gift itself, the choice to give his son clothes, seems perfectly harmless.

As Joseph’s story unfolds, however, Jacob’s innocent gesture is invested with new meaning. That moment in the very beginning of Joseph’s tale becomes a dark omen of things to come. Because from that moment on, Joseph is constantly dressed and undressed by other people, and their choices determine his fate.

First Jacob gave Joseph the kutonet. Then, his brothers tore it off his body before selling him into slavery and ending the first chapter of his life. As a slave, Joseph’s clothes were presumably provided by his master Potifar, whose wife then tore his shirt off his back in her attempt to seduce him. The failed attempt, and the wife’s claim that Joseph tried to rape her, ended Joseph’s time as a household slave and caused his imprisonment. Even Joseph’s elevation to high office (in next week’s Torah Portion) followed the same pattern, as once again Joseph’s fate and clothes were determined by another person: “And Pharaoh took off his signet ring from his hand, and put it upon Joseph’s hand, and arrayed him in vestures of fine linen, and put a gold chain about his neck.” (Genesis 41:42)

Clothes are more than a way to cover our body. When our toddler girls insist on wearing their sleeveless dresses in the winter, they don’t argue because they want to be cold. They insist because they want their clothes to represent their own preferences and taste. Like the teenager boy who stubbornly holds on to an old tatty shirt, they correctly understand that clothes mediate between us and the outside world and tell other people something about ourselves.

In our less put-together moments clothes can reveal that we are tired, busy, or (if we are covered in forgotten stickers and random mushed vegetables stains) that we have young children back home. At their best, clothes reflect our values, priorities, preferences, and tastes. They can even lie for us, and project an image we merely want to live up to, like when we dress to impress or to boost our self confidence. But in all these cases, they serve as a form of self expression, a way to fashion our own persona, real or fake.

By dressing Joseph, his father, his master, and his king took charge over the image he projected. They cast him into roles of their own choosing – a favored son, an esteemed slave, or a king’s viceroy. Joseph’s appearance wasn’t a form of self portrait: Instead, it expressed other people’s desires and estimation of his worth.

Similarly, when Joeseph’s enemies undressed him, they literally used his clothes to take over his story. Both Joseph’s brothers and Potifar’s wife used the torn garments to weave a false narrative about Joseph himself. The brothers dipped the garment in a goat’s blood and convinced their father that an animal killed Joseph. Potifar’s wife used Joseph’s shirt to convince her husband that Joseph tried to force himself on her. By lying, Joseph’s enemies turned the symbolic control involved in dressing and undressing someone into something quite concrete: They, and not Joseph himself, determined what other people thought about his fate and behavior.

As if Joseh’s lack of control over his image wasn’t clear enough, the parsha drives the message home by juxtaposing his story with another character’s complete control over her moments of dressing and undressing, the images that her choices projected, and the purposes they served.

When Tamar, Yehuda’s daughter in law, became a widow, Yehudah promised to find her a new husband from his family. As the years passed and he didn’t keep his word, Tamar decided to take matters into her own hands. She took off her widow’s clothes, covered herself with a prostitute’s veil, and sat where Yehudah was bound to come across her. Her sartorial choice achieved its goal and Yehudah slept with her. Then, and only then, did Tamar change back into her normal clothes.

Joseph’s lack of control over his image leaves me sad with every rereading. But his story ends on an optimistic note, teaching us two key lessons about our ability to tell our own story.

Sometimes we can’t influence the cards we are dealt. Circumstances cast us in roles we didn’t choose, and determine the narrative of our lives. But Joseph shows that even when we don’t choose the props, we can still affect the script: like Esther generations later, Joseph learned how to use the garments and roles other people chose for him to stage his own false narratives and serve his own goals. When his brothers came to Egypt to purchase food, Joseph used his all the external indicators of his elevated position to turn the tables on them. He staged a prolonged deception (like they did by faking his death), hid his true identity behind his viceroy clothes, and forced his brothers to play out the script HE wrote, for a change. Joseph owned the image projected onto him, and made it his own.

But perhaps even more importantly, Joseph proves that no one can control who we are underneath our garments. Circumstances may determine how we apear or what we have to do to get by. But we can remain true to ourselves, and to the story we wish we could have told, no matter what.

The story that was set in motion when Jacob dressed his son, ends when Joseph chooses, for the first time, his own moment of symbolic disrobing. “I am Joseph,” he declares to his brothers, and at that moment, we discover that the “real” Joseph was never truly lost. Other people clothed and disrobed him, controlling the image he projected and what the world thought of him. But nothing could rob Joseph of who he truly was within. As Joseph declares in his moment of symbolic disrobing, he remained Jacob’s son, and- despite everything – “your brother.”

Rachel is a life-long Jerusalemite who's in love with her city's crazy human scene. She juggles parenthood, writing, and Judaism, but deep down she believes that life gets far more interesting when all these paths collide.